How to build a healthcare system for all in India

Home How to build a healthcare system for all in India 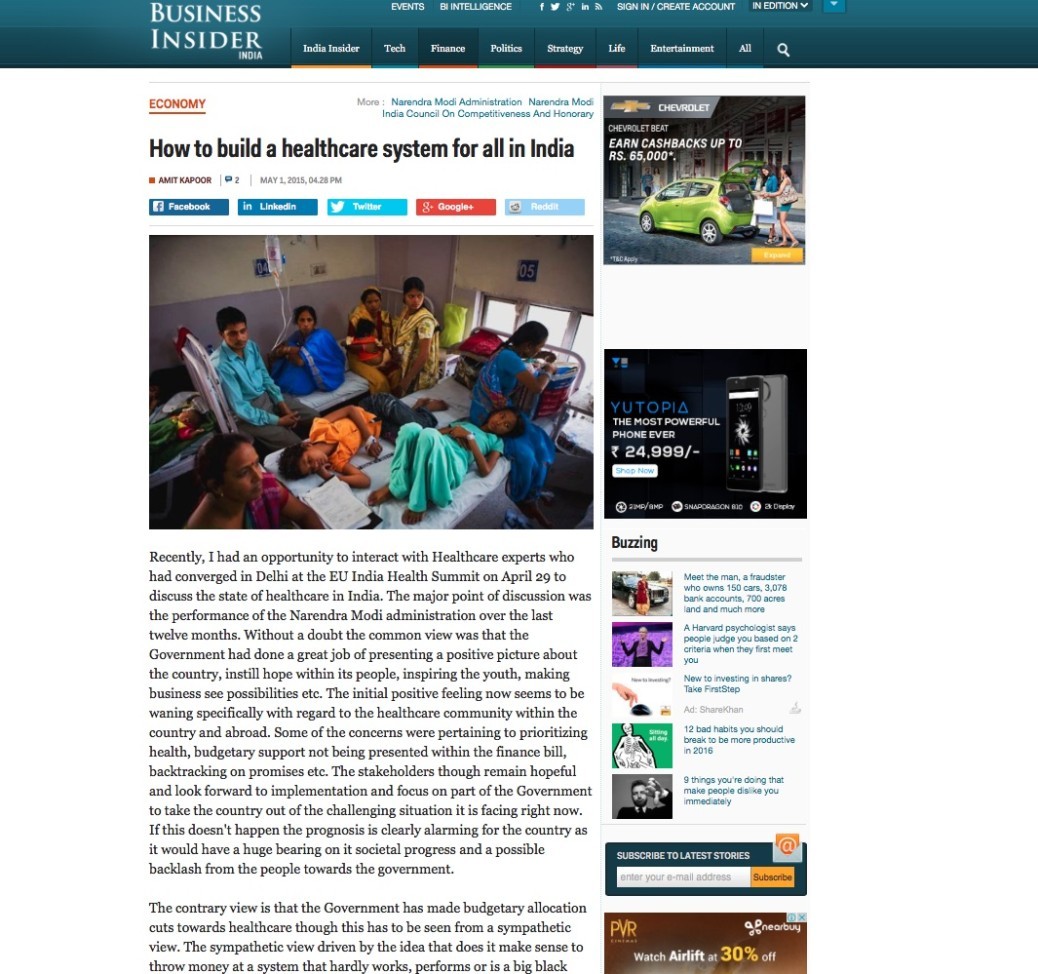 How to build a healthcare system for all in India

Recently, I had an opportunity to interact with Healthcare experts who had converged in Delhi at the EU India Health Summit on April 29 to discuss the state of healthcare in India. The major point of discussion was the performance of the Narendra Modi administration over the last twelve months. Without a doubt the common view was that the Government had done a great job of presenting a positive picture about the country, instill hope within its people, inspiring the youth, making business see possibilities etc. The initial positive feeling now seems to be waning specifically with regard to the healthcare community within the country and abroad. Some of the concerns were pertaining to prioritizing health, budgetary support not being presented within the finance bill, backtracking on promises etc. The stakeholders though remain hopeful and look forward to implementation and focus on part of the Government to take the country out of the challenging situation it is facing right now. If this doesn’t happen the prognosis is clearly alarming for the country as it would have a huge bearing on it societal progress and a possible backlash from the people towards the government.

The contrary view is that the Government has made budgetary allocation cuts towards healthcare though this has to be seen from a sympathetic view. The sympathetic view driven by the idea that does it make sense to throw money at a system that hardly works, performs or is a big black hole. The ideas also pushes towards thinking that a new approach is required that redefines the healthcare system in the country.

Some interesting pointers that did come out of the conversations have a bearing on how we think about health, healthcare and solutions in general. Presenting some of the pointers that can give us a view on what we as a country should look at within the healthcare system, steps that we need to take towards making India a healthy and prosperous nation.

Published in Business Insider on May 1, 2015. To know more