The Problem of Growing Household Debt in India

Home The Problem of Growing Household Debt in India

The Problem of Growing Household Debt in India

Since the 2008 financial crises, global debt has been on a continuous rise. The total global debt has increased over 70 percent over the last decade as shown in Figure 1. The lowering of interest rates in the developed world, which was done to kickstart demand after the crisis, increased borrowing activities and helped economies come out of recession. But that has resulted in a significant increase in the debt over time of governments, businesses and households. 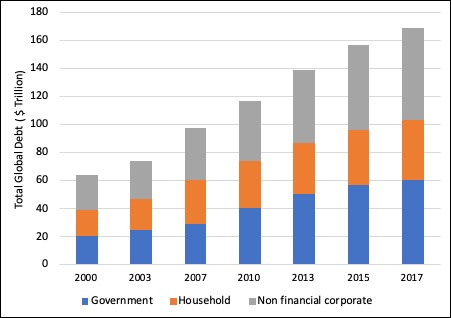 A similar trend is observed in India in terms of household debt, which has more than doubled since the start of the decade from $ 120 billion in 2008 to around $ 300 billion in 2018. This is shown in Figure 2. While this rise in debt has helped drive demand after the shocks of demonetisation and GST, these signs are not promising over the long run. According to a paper by the Bank of International Settlements, which analysed short-term and long-term effects of household debt using quarterly household data for 54 economies over the period 1990-2015, debt boosts consumption and GDP growth in short run (one year period). But in the long run, household debt has a negative impact on growth. An increase in the household debt-to-GDP ratio by one percentage point lowers output growth in the long run by 0.1 percent. The paper further states that the negative impact of household debt on consumption and GDP intensifies as the household debt exceeds the threshold of 60 and 80 percent respectively. 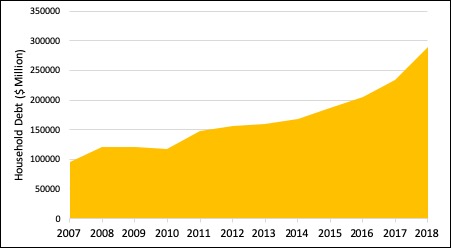 It can be argued that despite rising households debts in India, it might not be a worrying prospect as the country’s household debt-to-GDP ratio is still quite low – at around 11 percent – when compared to other BRICS nations – Brazil (26.7%), Russia (16.5%), China (50.3%) and South Africa (33%). But direct comparisons with these economies can be misleading as these loans have to be repaid out of the disposable income and the per capita income of rest of the BRICS countries is around five times that of India. 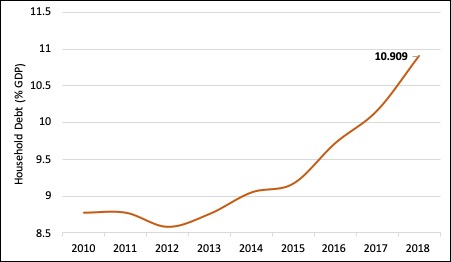 Figure 3:India’s Household Debt as a percentage of GDP

Thus, higher debts borne by Indian households have a larger negative impact as their capacity to repay them is much weaker. Moreover, in case an economic crisis materialises, Indian households will be in a much precarious state than in the last crisis as their earnings will shrink but their debts will not.

The article was published with First Post on September 10, 2019.