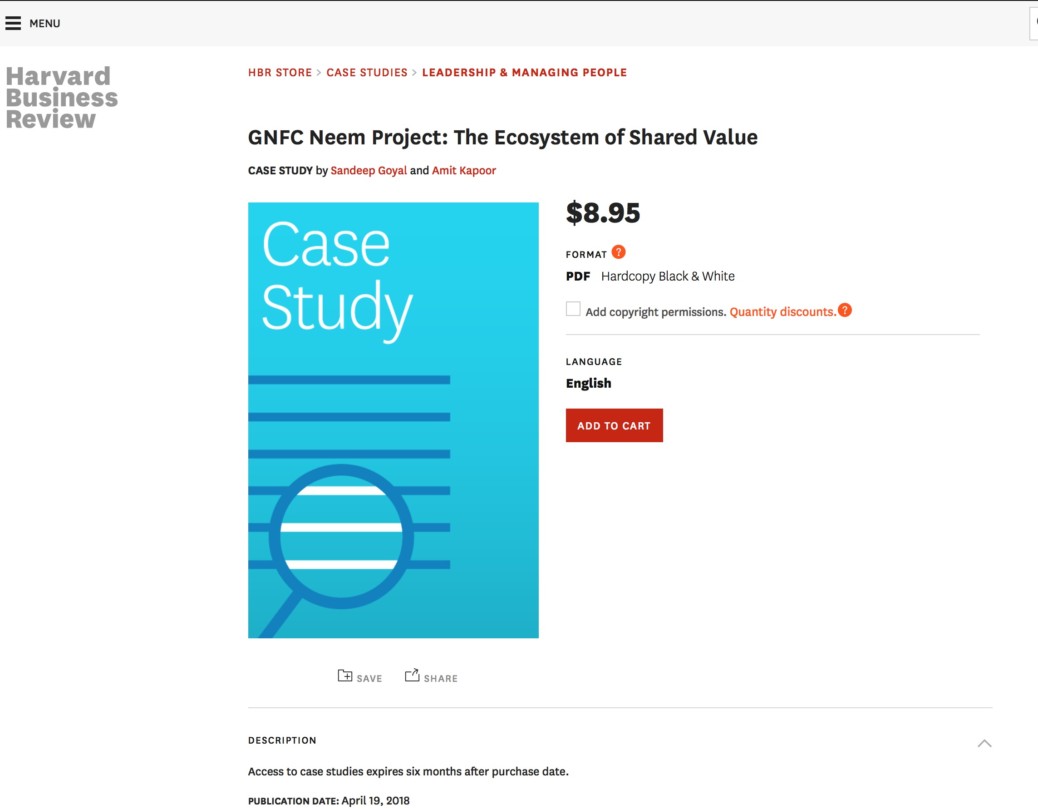 A radical change was triggered in the fertilizer industry in India in fiscal year 2015-16, following a policy directive by the government of India regarding mandatory neem-coated urea, a fertilizer component. The government’s policy decision was made to restore the market dynamics by moving control of, and access to, urea from intermediaries and industries toward farmers. Gujarat Narmada Valley Fertilizers & Chemicals Ltd. (GNFC) decided to leverage this policy directive as an opportunity to set up a fully-integrated value chain for the in-house production of neem oil and related product offerings. The decision to pursue an integrated value chain approach was driven by GNFC’s belief that neem seed collection, a labour-intensive activity, presented a huge opportunity for the economic and social empowerment of rural women in India. GNFC launched the Neem Project, which showcased a differentiated business model to comply with the government’s policy directive. By 2017, the project had benefited approximately 225,000 rural women. Although the project earned GNFC many accolades and the managing director at GNFC was confident about its potential, he was concerned about the challenges associated with scaling the initiative. Sandeep Goyal and Amit Kapoor are affiliated with Institute for Competitiveness.
To purchase a copy
Share this
0 likes
Related Articles