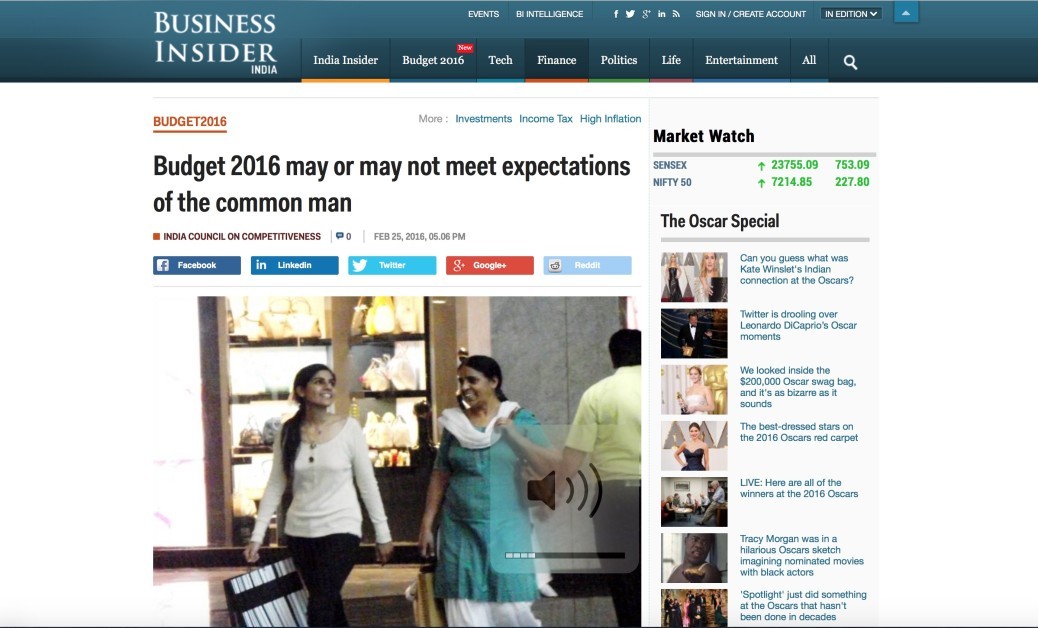 Commoners’ understanding and expectations are often very different from a purely economic and strategic understanding of the budget. For many people, the budgetary exercise means some things getting more expensive and some getting relatively cheaper.

However, the budget is not just about making some goods and services expensive and cheaper, but is a tightrope exercise of the government where it tries to match national priorities with the available resources in hand. The future expectations of resources (namely in the form of revenues to the government) and usage of these resources for different purposes (likely expectations of expenditure) is done in the budget.

The Finance Minister and his team’s task is a difficult one at present, especially after the six bimonthly review by the RBI on 2nd Feb clearly mentioned its expectation from the budget. The RBI stated that it expected the government to stay on the path of fiscal consolidation and expected to go ahead with structural reforms that will help the economy come on a sounder footing. This comes after the NCAER lecture of RBI central bank Governor alluding to the pitfalls of the fiscal profligacy which can lead to catastrophic results including high inflation, capital outflows and loss of value of the currency. He talked about the recent example of Brazil to drive home the point that fiscal profligacy can end up leading to a greater trouble than the expected gains of such profligate steps.

On the side of the common people are concerns like income tax rates, tax deductions and a host of things about what will get relatively cheap and what will get relatively expensive. While it is too early to comment on the specifics of the budget, a welcome thing for people would be if the government accepts some of the recommendations of the Justice Easwar committee especially the concerns which pertain to the procedural aspects.

Earlier this year Justice Easwar Committee had put forth several measures that could be seen to be beneficial to the ordinary people. The committee was formed to into looking into the direct tax laws especially the Income Tax of 1961, of the country and simplify them for various stakeholders including individuals, small businesses and companies. The other purpose was to reduce unnecessary litigation. The ten member panel’s draft report had made 27 suggestions under the IT Act and eight for reform through administrative instructions. The committee among other things had recommended ‘enhancement and rationalisation of the threshold limits and reduction of the rates of TDS. TDS rates for individuals and HUFs to be reduced to 5 percent as against the present 10 percent’, the report had stated.

Another important suggestion is the proposed deletion of the clause that allows the tax department to delay the refund due for a taxpayer beyond six months and suggests a higher rate for delays in refunds.

Apart from this, another major recommendation was the treatment of stock trading gains up to 5 lakh to be treated as capital gains rather than business income, a move that could see more investments in the stock market from the side of the retail investors.

These procedural aspects apart from the change in the personal income brackets could help the common people benefit from the budget. On the indirect tax side much is not clear as the Government has had a deadlock with opposition on GST. This budget could be an important one from the viewpoint of tax laws in the country, both direct and indirect.

Published in Business Insider on February 25, 2016. To know more