The tragedy of UP and Bihar along the banks of Ganga 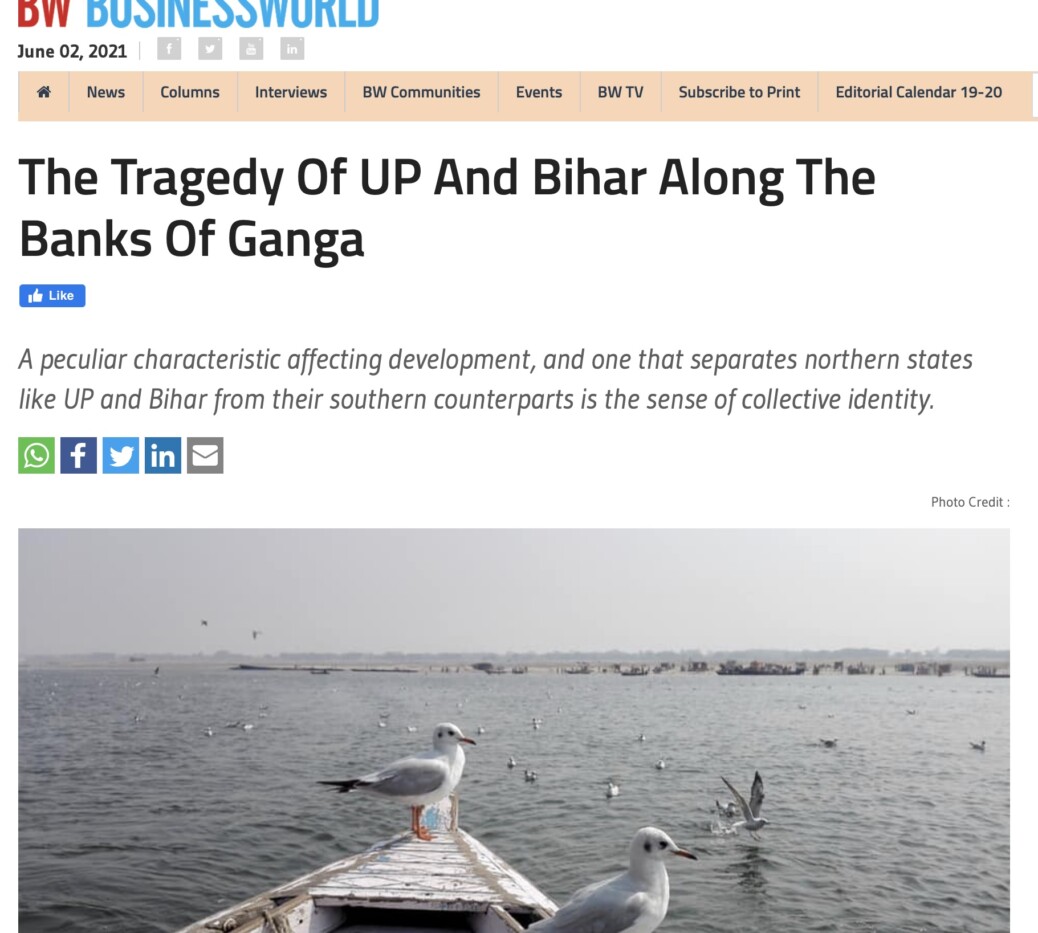 The tragedy of UP and Bihar along the banks of Ganga

Lasting for over a year now, the pandemic has subjected India to a great deal of tragedies. Amidst all this, the sight that managed to shake us to the core has probably been the floating corpses washed up on the banks of River Ganga, in the states of Uttar Pradesh (UP) and Bihar. These harrowing sights also speak of the poor developmental outcomes that plague these states.

It has been decades of catching up with the rest of the country, but UP and Bihar continue to lag. The tag of “BIMARU” coined by the demographer Ashish Bose in the 1980s to describe the health scenario in Bihar and UP -along with Rajasthan and Madhya Pradesh – still follows these two states. Economic indicators like the per capita income show that in the span of four decades, Bihar has remained the poorest state, whereas Uttar Pradesh has been relegated from the fourth poorest to the second-poorest state.

UP and Bihar account for one-fourth of the country’s population, which implies they predominantly determine India’s overall development. While UP is the most populous state, Bihar follows in third and is expected to replace Maharashtra as the second-most populous state, owing to its rapid population growth. In fact, the two states could be considered as separate countries in terms of their population alone. Hence, developmental progress in Uttar Pradesh and Bihar is imperative for India’s developmental trajectory.

There are several factor impeding development in these regions, including some natural factors as well. Since both states are land-locked, they are at a rather disadvantageous position with regards to international trade, compared to states located along the coast. The high population density – 828 and 1102 people per square kilometer in UP and Bihar, respectively – also result in resource scarcity. Nevertheless, these limitations can be overcome, as demonstrated by the landlocked states of Punjab and Haryana that have managed to experience high growth through the right policy choices. Kerala, another densely populated state (859 people per square kilometer), shows that a state can overcome this limitation to not only register progress but excel in social development.

Besides these natural factors, the inefficiencies of Bihar and UP are mostly rooted in their institutions. It is evident from their electoral practices where caste identities determine voters’ choice, while development takes a backseat. Naturally, progress in sectors like health and education is held back due to lack of political will. Further, the weak institutions, rampant corruption and poor infrastructure discourage investment and retard economic growth.

A peculiar characteristic affecting development, and one that separates northern states like UP and Bihar from their southern counterparts is the sense of collective identity. People in states like Kerala and Tamil Nadu are driven by their sense of collective identity within their state boundaries to demand development from their representatives. While caste and religion still cause divisions, these are overpowered by the people’s common linguistic identity. On the other hand, caste and religious identities have a greater hold over the population in northern states, possibly due to lack of a common identity like language to bind them as a collective. The result is a political environment where electoral promises are rarely about universal development, and more about pandering to a particular community. This is then reflected in the policy decisions and development trajectories of these states.

A virus, however, does not see caste or religion, and the devastation caused today should open people’s eyes to the reality that voting for development rather than on communal grounds is wiser in the long run.

The article was published with Business World on May 25, 2021.