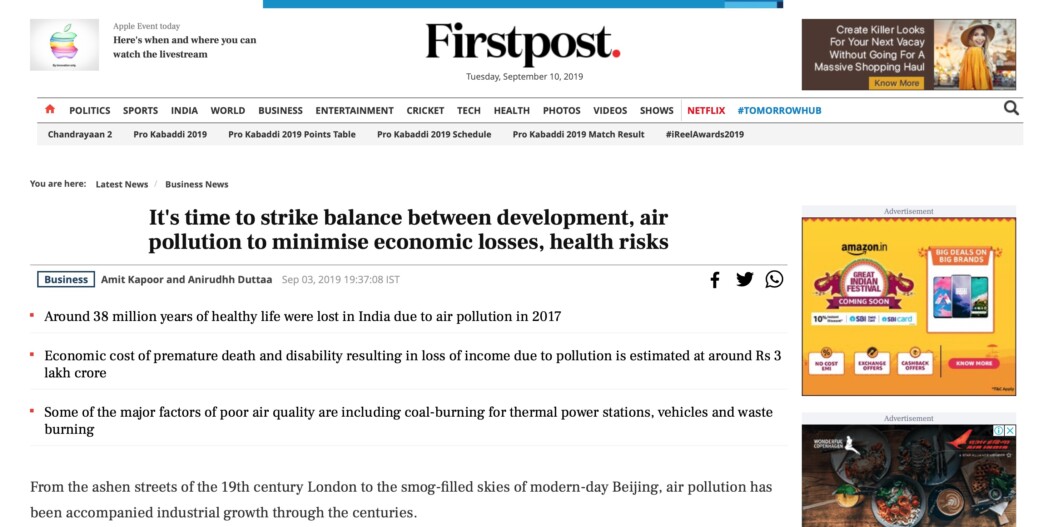 From the ashen streets of 19thcentury London to the smog-filled skies of modern-day Beijing, air pollution has been accompanied industrial growth through the centuries. Economic growth, while bringing prosperity to the people, has carried within itself a downside of adversely affecting human life and productivity. The former generally outweighs the latter, but these costs of development are still a cause for concern for developing nations around the world. According to a WHO report, nine in 10 people on the planet live with poor, even dangerous air.

There are several ways in which air pollution adversely affect an economy: it costs human life; reduces the worker productivity; and has economic costs due to loss in income.And since industrialising nations are more vulnerable to air pollution, more than 90% of air pollution-related deaths occur in low- and middle-income countries, mainly in Africa and Asia. This implies that pollution creates a growing inequality between the developing and developed nations.

Air pollution is a major health risk in India as it is home to 15 of the 20 most polluted cities in the world. This imposes significant economic costs on its citizens. According to Indian Council of Medical Research database of DALYs (Disability Adjusted Life Years) in India around 38 million years of healthy life was lost due to air pollution in the year 2017. DALYs for a disease or health condition are calculated as the sum of the Years of Life Lost (YLL) due to premature mortality in the population and the Years Lost due to Disability (YLD) for people living with the health condition or its consequences.

The economic cost of premature death and disability resulting in loss of income due to air pollution for India is estimated to be around INR 3 lakh crore annually, which equals to 2.4 percent of the country’s GDP. The economic cost associated with the total DALY burden is estimated as the value of productivity loss. This is assessed by multiplying Gross State Domestic Product with the total DALY. A significant amount of this burden is borne by the northern and western part of the country with Maharashtra and Uttar Pradesh both accounting for over 20 percent of the country’s loss. Some of the major factors of poor air quality in these regions are coal burning for thermal power, transport vehicles, waste burning and agriculture stubble burning. 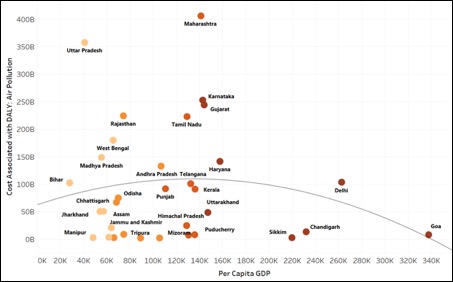 Figure 2:The Inverted-U Shaped Relationship Between Economic Development and Costs of Air Pollution

The economic losses due to air pollution vary across the states depending on the level of their economic development. Figure 2 depicts that as states initially become richer, the loss due to air pollution rises. The losses for Maharashtra are higher than Uttar Pradesh, for instance. But as the income of these states rise even further, they experience a fall in their losses. This is visible among high per capita income states like Delhi, Goa, Chandigarh, Sikkim and Haryana.

While Indian states seems to be following an inverted-U shaped path in the economic losses due to air pollution as they develop, the cost of such development is evidently high. This nature of relationship between economic growth and losses due to it through environmental degradation point to the benefits that can accrue through investments in improving air quality.

The article was published with First Post on September 3, 2019.