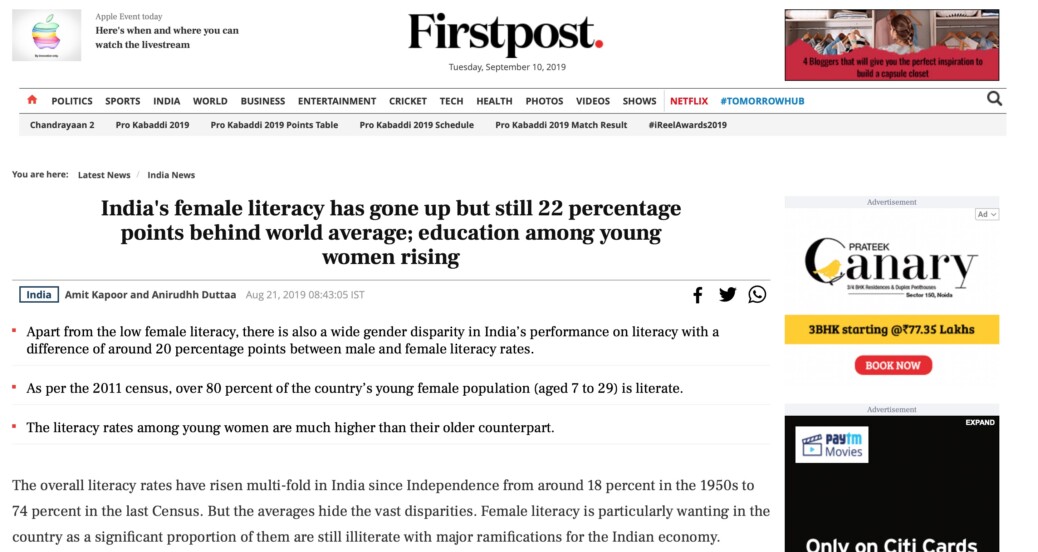 The overall literacy rates have risen multi-fold in India since independence from around 18 percent in the 1950s to 74 percent in the last Census. But the averages hide vast disparities. Female literacy is particularly wanting in the country as a significant proportion of them are still illiterate with major ramifications for the Indian economy.

The lack of education among women prevents their participation in the workforce, thus hindering the country’s development. Many studies have also concluded that female education has a significant impact on the development of future generations as they usually have a more direct role to play in their child’s education than their father. An addition of a year of schooling to a mother’s education has a significantly higher impact on the next generation than an addition to the father’s schooling by same number of years. Further, better birth outcomes like higher birth weight and lower child mortality are observed among educated mothers.

When compared with rest of the world, the female literacy rate is considerably low in India at around 60 percent, which is 22 percentage points below the world average. Figure 1 shows the stark difference in India’s female literacy not only with the developed countries but also with middle- and lower-income countries like Sri Lanka and Zimbabwe. 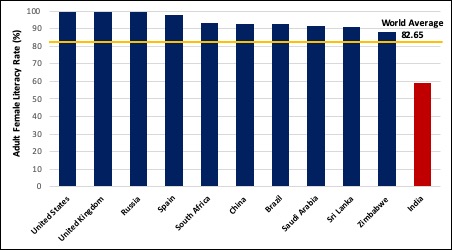 Figure 1:Literacy Rate, adult female (% of females aged 15 and above)

Apart from the low female literacy there is also a wide gender disparity in India’s performance on literacy with a difference of around 20 percentage points between male and female literacy rates. This disparity has been persistent throughout the years, although it has been falling over time with the current gap being the lowest since independence. 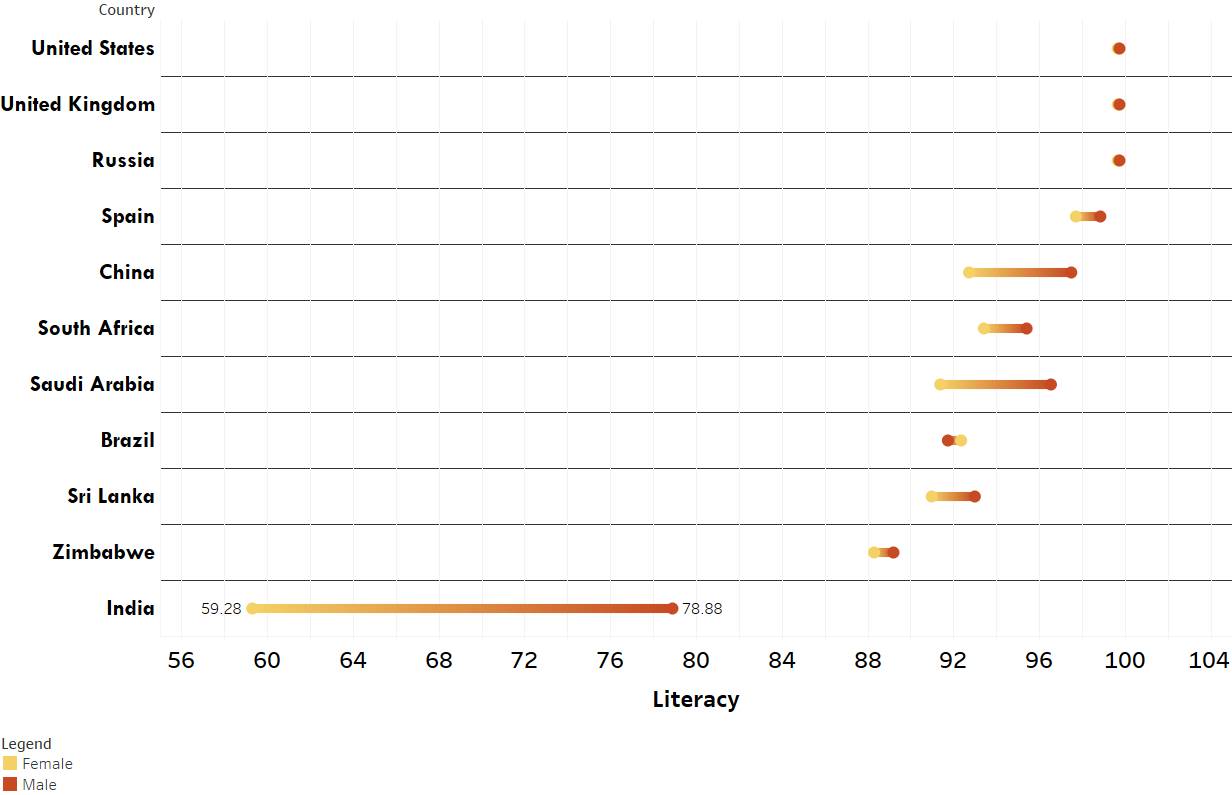 But there is also an underlying positive trend in India’s literacy outcomes that paints a hopeful picture for the future. The literacy rates among young women are much higher than their older counterpart. 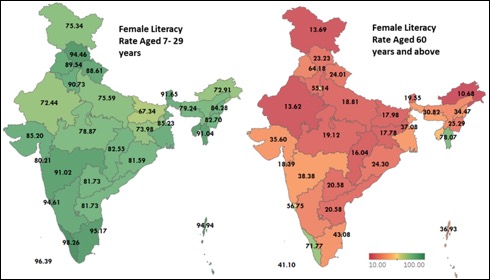 As per the 2011 census, over 80 percent of the country’s young female population (aged 7 to 29) is literate; a figure which drops below 30 percent for women aged 60 and above. Kerala – the state with highest overall literacy in India – tops here as well with a female literacy of 98 percent within the age group of 7 to 29. A higher level of literacy within this age bracket reflects the effectiveness of the country’s educational institutions and the government’s education programmes.

Throughout history, the regions in the world that have experienced the most economic and social progress are those that have been successful in providing widespread and equitable access to education. India needs to do the same.

The article was published with First Post on August 21, 2019.