More than half of world’s income went to top 10% of population; India has highest income inequality among major global economies

Home More than half of world’s income went to top 10% of population; India has highest income inequality among major global economies 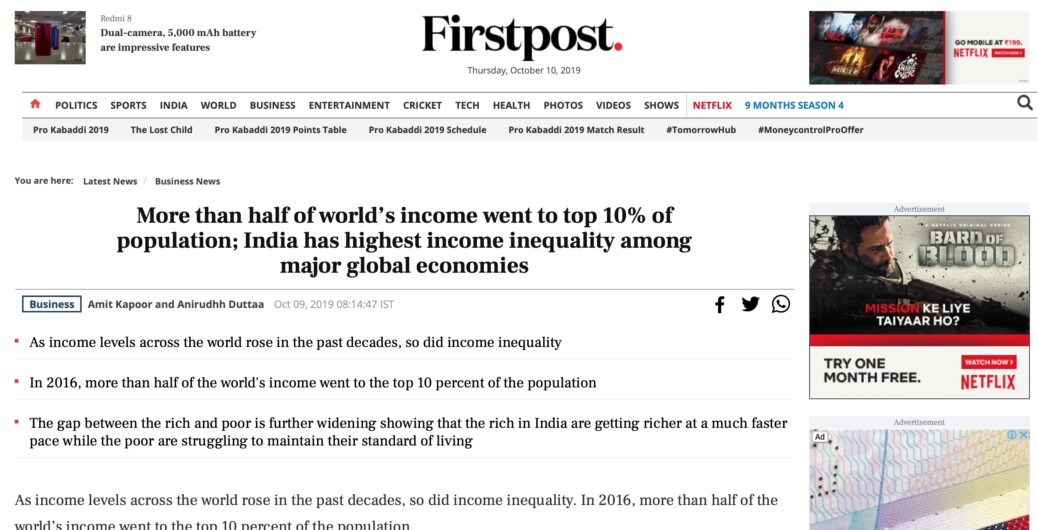 The rise in inequality has also taken place at a different pace across countries. Since 1980, North America, China, India, and Russia have experienced a rapid increase in income equality, while only a moderate rise is recorded in Europe. The divergence in inequality levels is particularly visible between Europe and the United States-Canada regions, which had similar levels of inequality at the beginning of the 1980s but are in radically different positions today. While the top 10 percent income share was close to 30 percent in both regions in 1980, it rose only slightly to 34 percent in 2016 in Europe while it shot up to 47 percent in the United States. 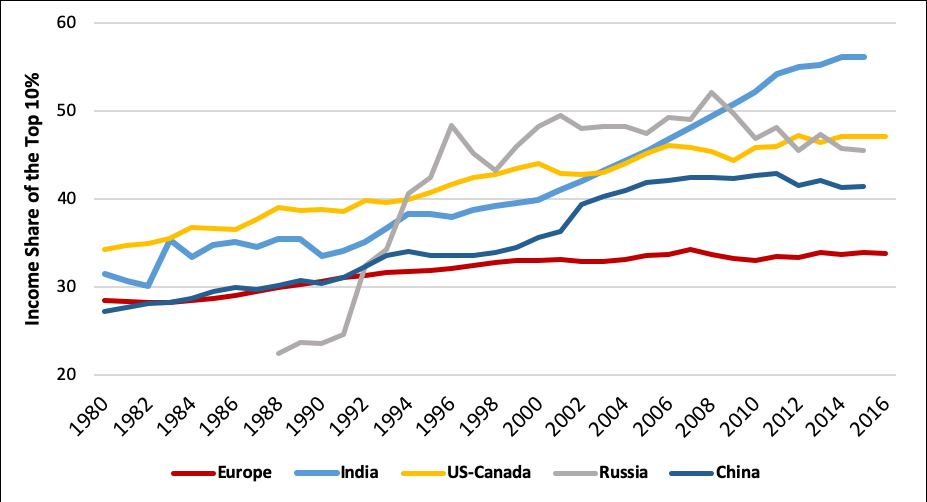 Among the Asian countries, China, India, and Russia’s paths also differ. In Russia, the rise in inequality was particularly abrupt in the years after the collapse of the Soviet Union until 1996 as the oligarchs captured power and wealth in the country. During this period, China and India showed moderate rise in inequality. However, the latter has shown a sustained sharp uptick since 2000. As a result, India now has the highest inequality among all the major economies in the world. 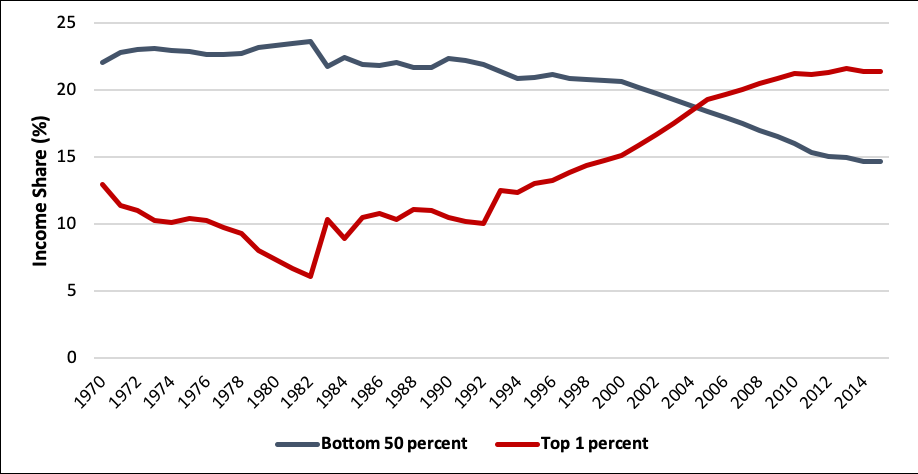 Source: World Inequality DatabaseFigure 3. Income Share of the Top 1% and Bottom 50% of the Indian Population

While the period following the 1991 economic reforms in India has resulted in high income growth across the country, there was also a commensurate rise in income inequality. The income share of the top 1 percent, which hovered around 10 percent in early 1990s has consistently increased since, reaching 21 percent in 2016. On the contrary, the bottom 50 percent takes home less than 15 percent of the total share as of 2016. The gap between the rich and poor is further widening showing that the rich in India are getting richer at a much faster pace while the poor are struggling to maintain their standard of living. As the income levels of the poor worsen, it also becomes more difficult for them to access basic services like health and education. Low access to these services is not only resulting to inequality in income but also in opportunity which prevents the chronically poor from escaping poverty creating a negative feedback loop.

The article was published with First Post on October 9, 2019