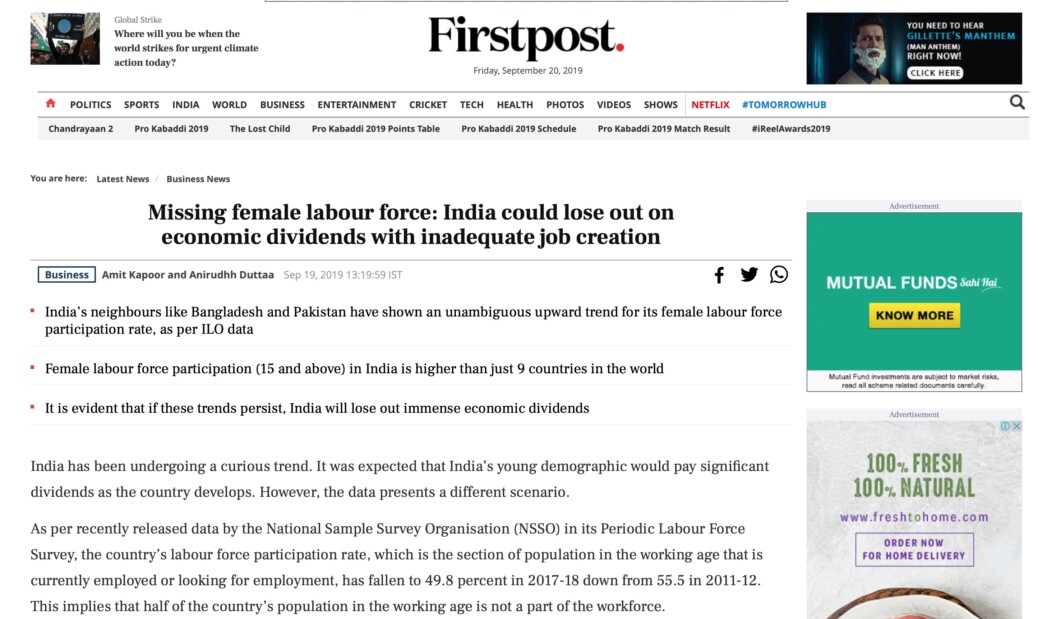 India has been undergoing a curious trend. It was expected that India’s young demographic would pay significant dividends as the country develops. However, the data presents a different scenario. As per recently released data by the National Sample Survey Organisation (NSSO) in its Periodic Labour Force Survey, the country’s labour force participation rate, which is the section of population in the working age that is currently employed or looking for employment, has fallen to 49.8 percent in 2017-18 down from 55.5 in 2011-12. This implies that half of the country’s population in the working age is not a part of the workforce. 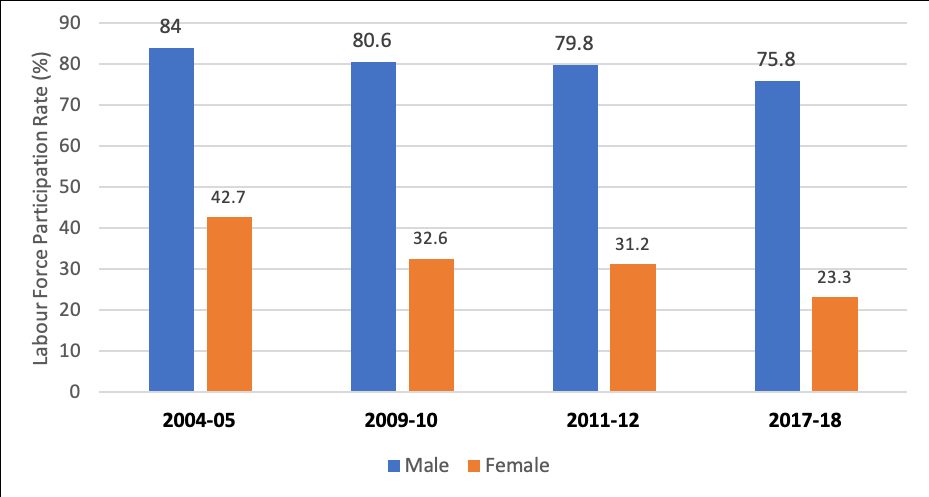 Such a trend is inexplicable for an economy like India, which is still a lower middle-income country with respect to its per capita income. When income levels are low and an economy is developing, the labour force is expected to expand as more people are inclined to work. 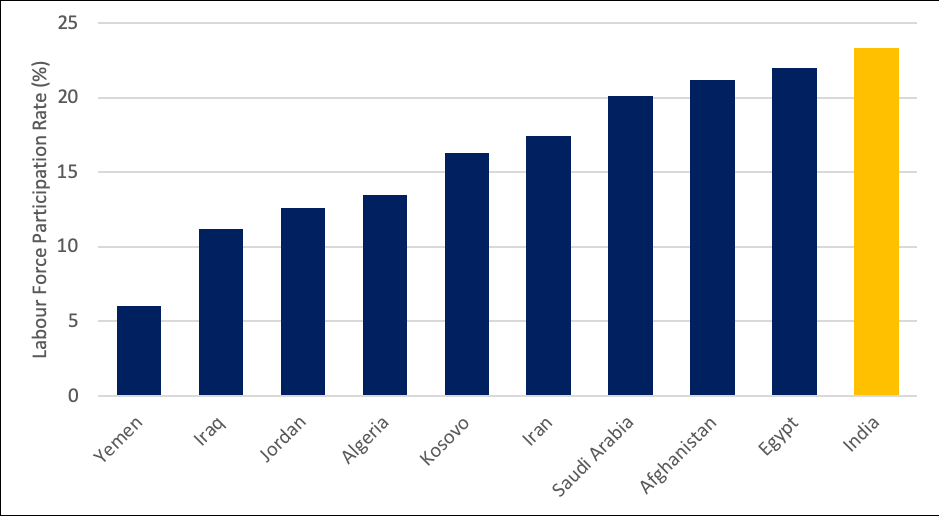 It is quite worrisome that despite comprising half of the country’s population, Indian females contribute to less than a quarter of its workforce. A possible reason for this could be inadequate job creation and even where it was created, the sectors could not readily absorb the female workforce. It is evident that if these trends persist, India will lose out immense economic dividends that it could attain if the economy could effectively utilise its female population. While the country should focus on creating more quality jobs, it should particularly focus on creating wider economic opportunities for women as well. The article was published with First Post on September 19, 2019